Get a complete view of a fisheye or 360° camera while on the go using the 360° View feature with interactive PTZ controls in the OpenEye mobile app (iOS only). The 360° View uses dewarping to provide complete situational awareness, allowing users to use a standard camera view while still recording the complete 180° or 360° area. View, export, and share dewarped or zoomed in video from fisheye cameras from the convenience of your mobile device. 360° View is also available in the OpenEye web and desktop clients as well as the recorder console interface.

To use the 360° View feature in the mobile app, first make sure that fisheye support has been enabled for the camera. 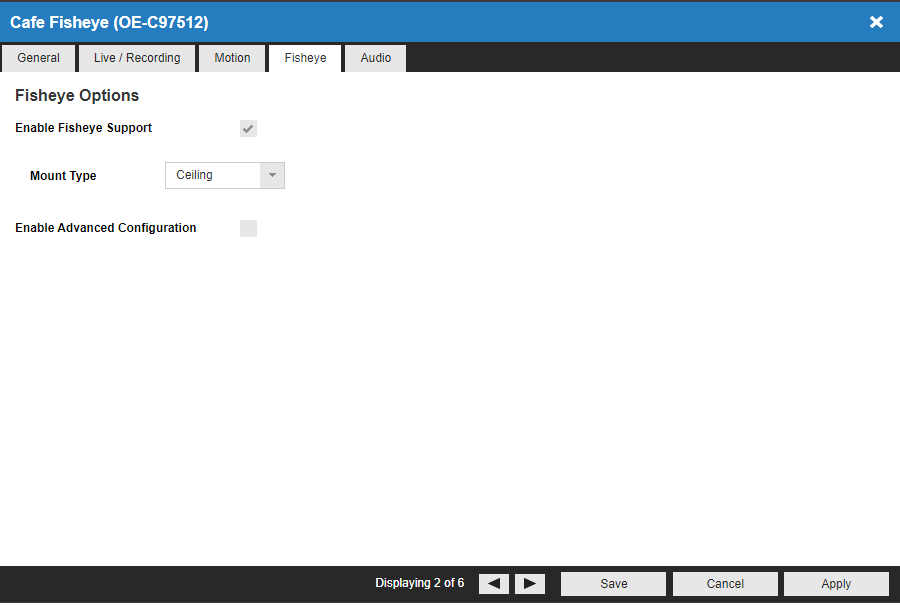 Selecting 360° View in the mobile app

The camera view will default to fisheye until 360° View is selected.

The 360° View is saved automatically in the app, but not in OWS. If the app is removed from the mobile device and re-installed, the saved view will be lost.

NOTE: 360° View also works with 180° Cameras. NOTE: Panorama is supported in web, desktop, and console clients, but not in the mobile client. NOTE: Requires OE App iOS version 2.4, Apex version 2.1, and OWS version 2.1 or above. Sharing clips requires Apex 2.4 or above.